Tidur has always been something like a playground to try out new technologies. And with version 4.0 I’ve switched all of the syncing code from my syncing through my own server to CloudKit. Login and accounts are gone (since they are no longer needed), and syncing is now available to everyone.
I wanted to get familiar with CloudKit before adding it to Fiery Feeds, and you can now simply turn on syncing instead of having to create an account – which is a vastly better experience. 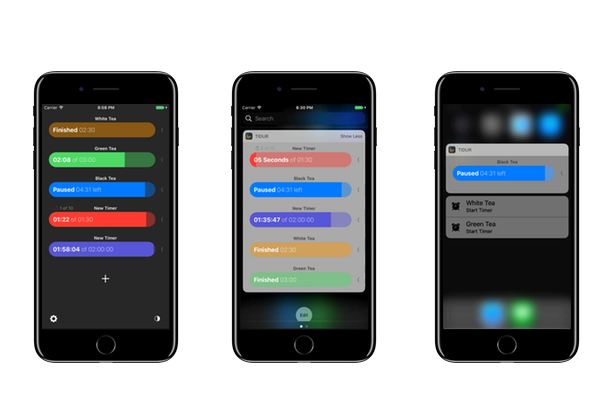 Additionally I’ve replaced the old hacked together Siri support with Siri Shortcuts. You can now record a phrase to start a specific timer, start timers from the Shortcuts app, and start suggested timers right from the lock or search screen (if iOS happens decides to suggest a timer). And it now includes visual feedback in Siri’s interface.

You can find version 4.0 on the App Store.