The new 3 pane view is not only a preparation for the eventual Mac app, but only works really great on the large iPads. There’s also the option to hide the feed list, to get the much requested view with the article list on one side, and the detailed article view on the other. 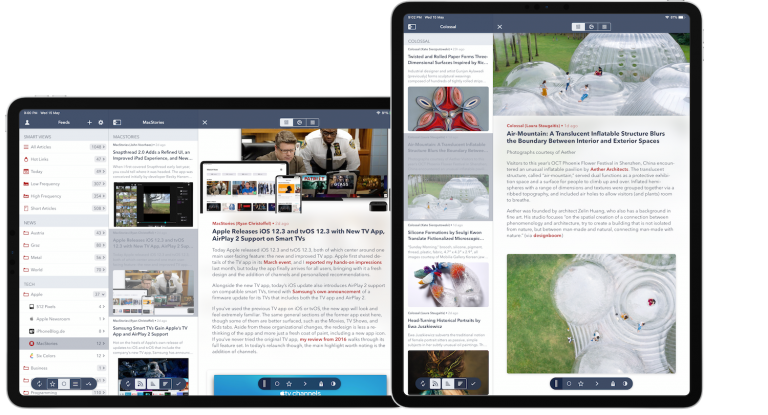 In addition to the three pane view for iPads, there’s also a big change in the interface for all devices: I’ve switched to a long press to open the menu for any items, instead of the right swipe it was before.
Not only is there more space to properly show all options, but it also free the right swipe gesture everywhere on the screen. And now that the swipe right action is free on all screens, I’ve used it to allow swiping back to the previous screen anywhere, not just from the screen edge. 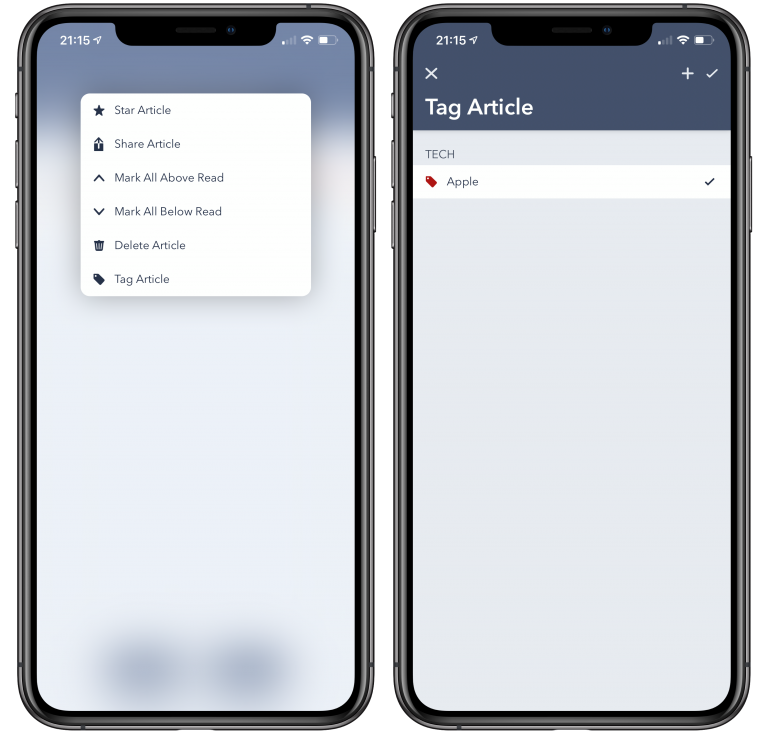 As you can there are now two more actions available on articles (if supported by the sync service), namely tag article and delete article. That means full tagging support in Feedly, Bazqux as well as in Fiery Feed accounts.

The second new feature, and probably most requested feature so far, is also finally here: Completely local accounts. There is no longer a need for a third party sync service, just to use Fiery Feeds.
There are two types of local accounts, first there’s the feed account, which let’s you subscribe to to rss and atom feeds. And there’s also a read later account which let’s you save articles for a later date. Fiery Feeds will use its text extraction service to automatically download the text version of every added article.

You can add articles not only from within Fiery Feeds (with a swipe action for example), but also using the completely redesigned share extension from any other app, including Safari. 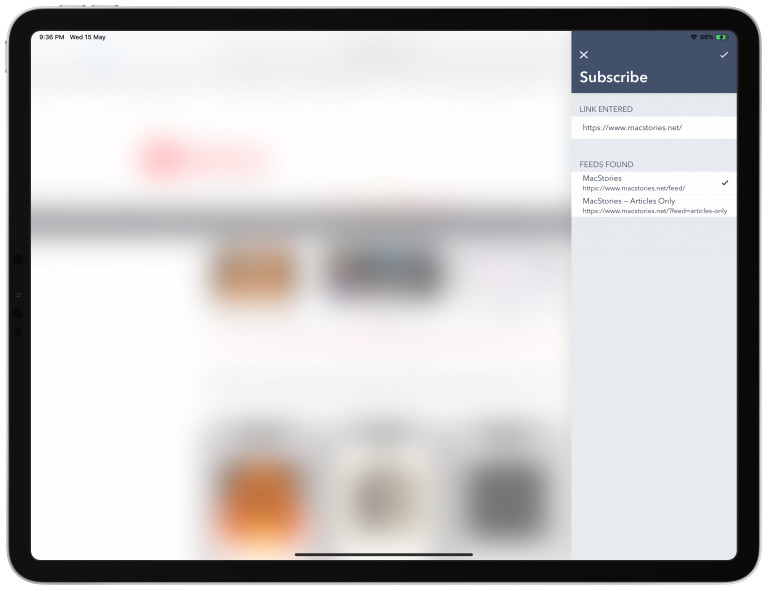 Since you might be using more than one device, you can also create iCloud based accounts, instead of just local accounts. Both feed and read later accounts are also available in an iCloud syncing variant, which synchronise your content between all of your iOS devices.

In addition to synching your content, version 2.2 also adds the option to synchronise all app settings, as well as account and feed settings (like the selected view mode for each feed). When you launch Fiery Feeds the first time on a new device you can also import your existing accounts from other devices with a single tap.