Fiery Feeds 2.3 brings support for all the new iOS 13 features and some more.

First off, the article view now supports Bionic Reading. It allows you to read long texts with more  focus, awareness, and sustainability. You can read more details on how Bionic Reading works here. 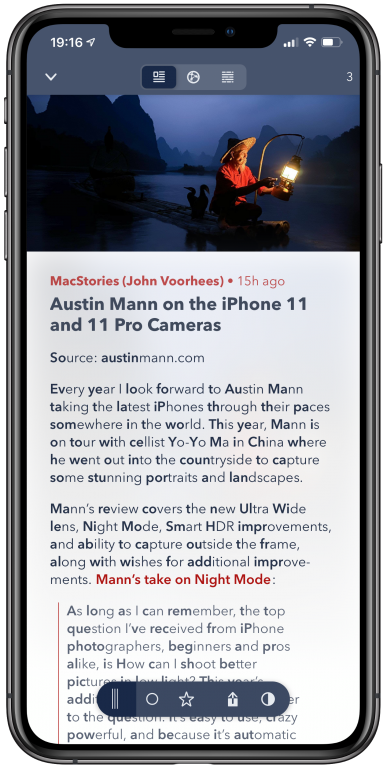 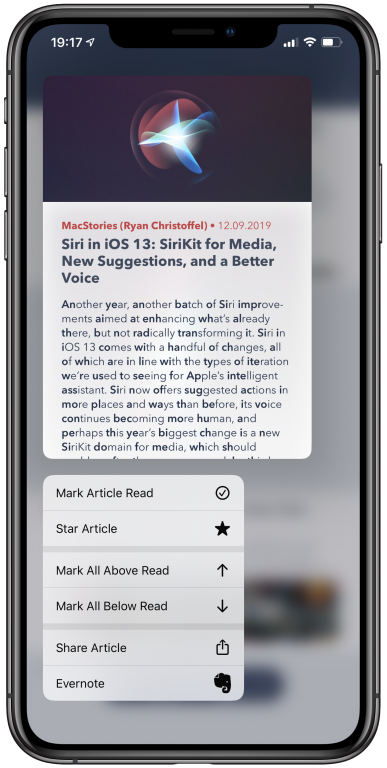 Fiery Feeds now fully supports multiple windows on iPad running iOS 13 or later. You can open different accounts in different windows, you can also drag individual articles to open them in separate windows. 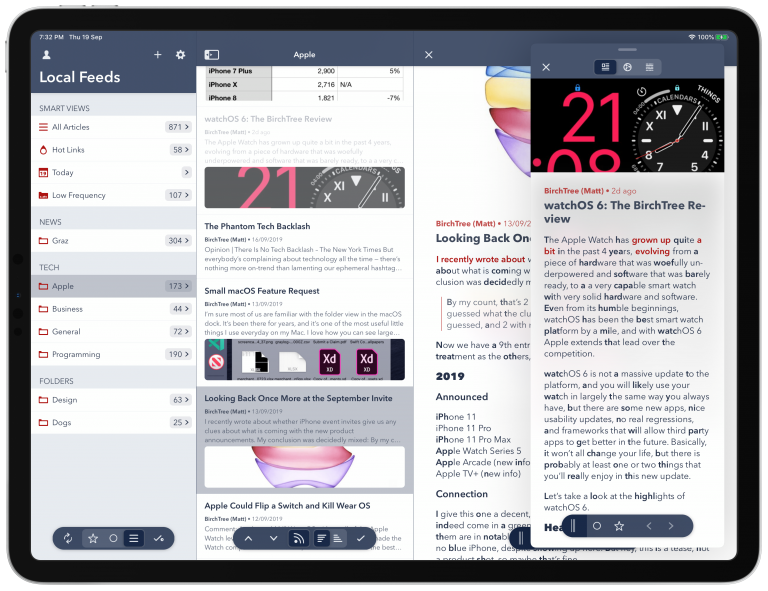 Siri Shortcuts with parameters are an extremely cool feature. I’m not thinking about them as much as things to say to Siri, and more like a bridge to allow scripting with Fiery Feeds. I’ve added shortcuts to fetch article ids from certain feeds or folders and to fetch article attributes (like title, body, author and so forth) for an article. And shortcuts to tag articles or mark them starred/read. I’m really looking forward to seeing what you all do with this.

As an example, here’s a short script that searches the “Must Read” folder for any article that contains “Apple” and tags the article. 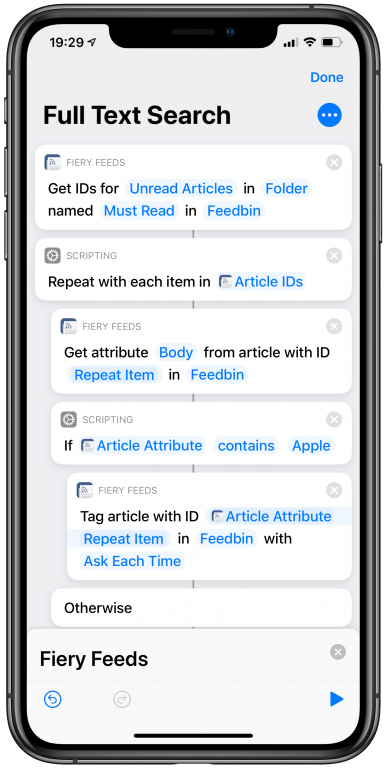 You can still select your preferred dark and light mode, but now you have the option for the app to follow the selected systemwide mode, instead of following the screen brightness.

Version 2.3 also includes completely rewritten (and streamlined) keyboard shortcuts code and background sync using the newest APIs (which should reduce background battery usage), but you should not notice too much of these changes.

Some of my favourite little changes are the new two column settings view on iPads and that you can tap and hold any of the bottom toolbars to quickly customise them.

There is one other thing hidden in this version. I’ve been working on the next generation of my article viewer for the past few months. With this new article view, I’m parsing the HTML for the article myself, and render the content using native elements, instead of throwing everything into a web view. It’s far from finished, but what’s there is already so much better (and much faster!) than the web view based rendering that’s currently on by default.

If you want to give it a shot, you can open the Expert Settings by tapping and holding the settings button, then look into the ‘Experimental’ settings. Let me know what you think :)