The Road the Fiery Feeds for Mac

I’ve posted a few things here and there about the progress on the Mac app during development on twitter. I’ll try to add a few more words here.

Getting an initial version of the iPad app to run on macOS was relatively straightforward. It did not look particularly good (or mac like) though. Luckily I’ve started working towards the Mac app, when Apple announced Catalyst last year, and the 3 pane view was already done. 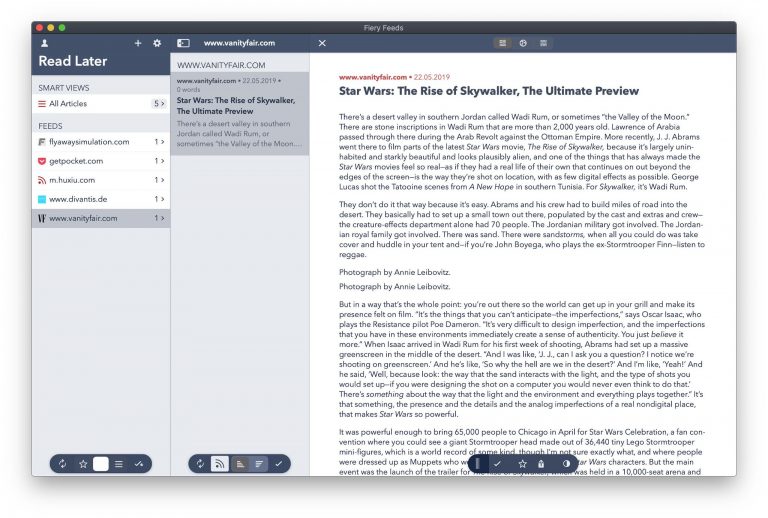 After adding a stretching mode the the toolbars, and disabling the large titles, it’s getting a little bit better. Both navigation bar and toolbar are custom implementations, since I’ve had far too many issues with the standard classes in iOS over the years. I’m quite happy I did it this way. 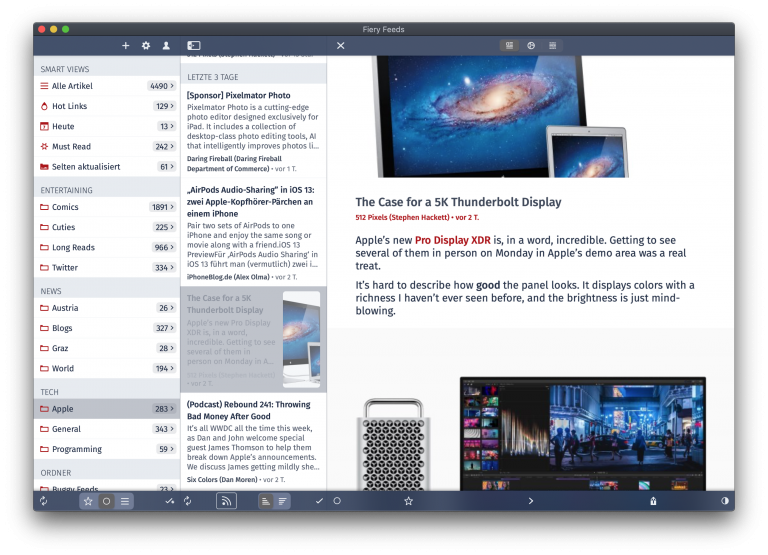 Multi window support is also a must on macOS, even more so than on iPad. It’s nice that implementing windows for the Catalyst app, also gave me multi window support on iPad for free, basically. But on macOS I’m using it a bit more, by default. For example the settings above are always opened in a separate window (as they should be), or if the main window with the article list is too small to show the three pane mode, it defaults to opening articles in separate windows as well (although this can be changed in the settings). 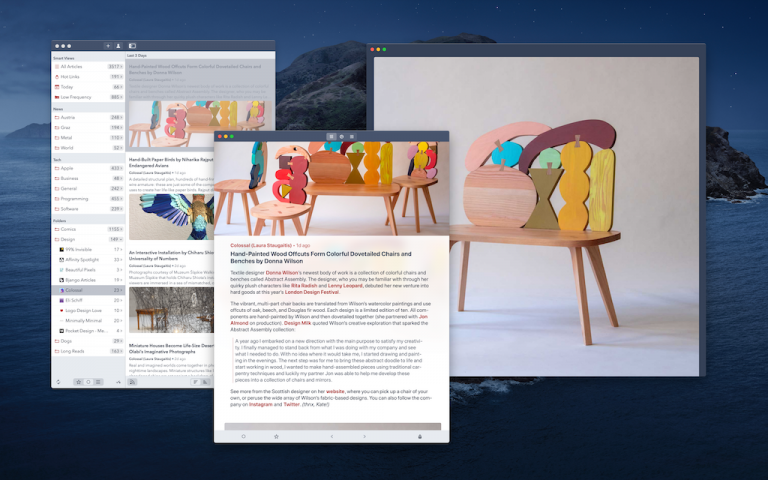 And of course menus. I’ve spend a lot of time switch everything to the new context menus (which are weirdly similar to my own long press menu from version 2.2), except of course, that they get translated to actually context menus on the Mac. And the menu bar, of course, it wouldn’t be a Mac app without it. While at it, I’ve completely rewritten the handling of keyboard shortcuts, which were kind of hacky before.

Additionally to the keyboard shortcuts, I’ve also completely rewritten the background sync using the newest APIs. You probably shouldn’t notice any change on iOS, but it was still necessary to get background sync working on Mac as well.

Finally, I’m using an AppKit bundle for some of the smaller details. Like the nice and entered traffic lights on the (custom) window titlebar wouldn’t be possible without AppKit. Or setting the window size for the image viewer correctly. Or even the web view wouldn’t show the click pointer on links without doing that manually (though this might have been fixed in one of the later Catalina betas. Haven’t checked).

All in all, I see this first release more as the beginning of a journey than the final step.