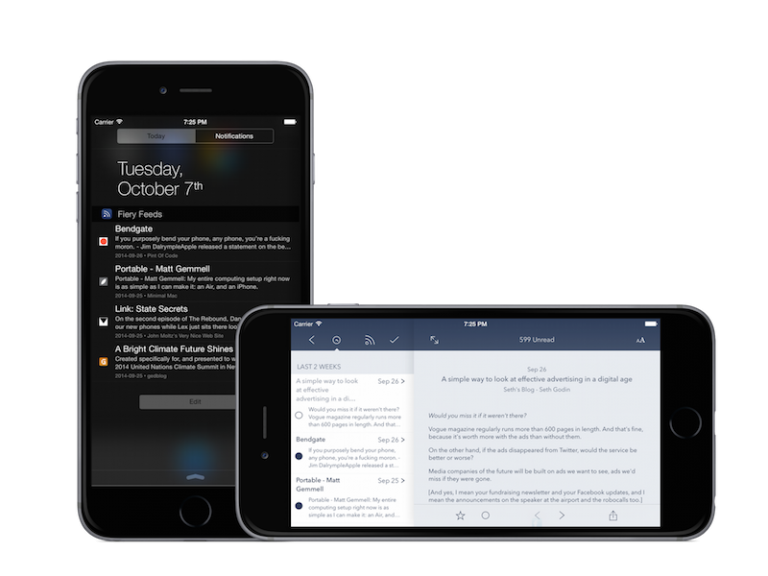 Fiery Feeds 1.4 brings a couple of changes. Full support for iOS 8 and iPhone 6 / 6 Plus, including a special landscape view on the 6 Plus and a Today Widget, so can you quickly see the newest articles. You can buy Fiery Feeds on the App Store.

The second big change is that instead of a separate iPad and iPhone version, Fiery is now an universal app. If you bought the iPhone version, you can now install it on your iPad too.
I’m going to update the old iPad version too, but it is no longer for sale. If you’ve previously purchased the iPad only version, you can download it under “Purchases” in the App Store.