The most requested feature is finally here, full text search for all your articles. 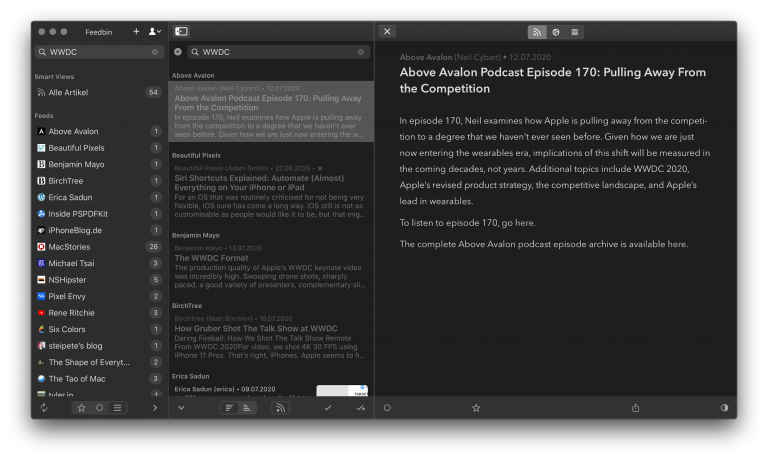 You can either search all articles in the feeds and folders list, and see the number of results in each feed or folder, or you can filter the article list directly within a feed or folder. 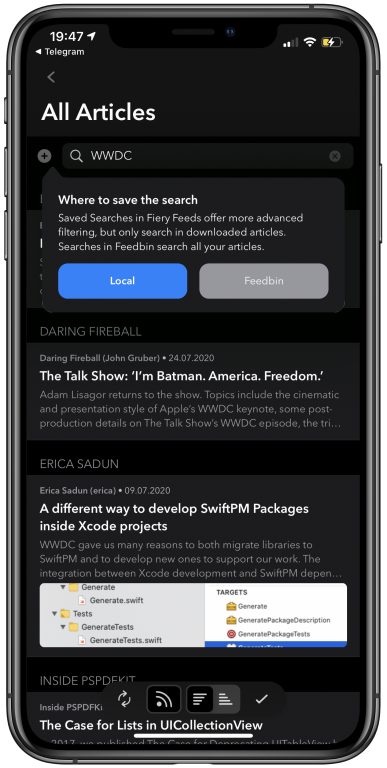 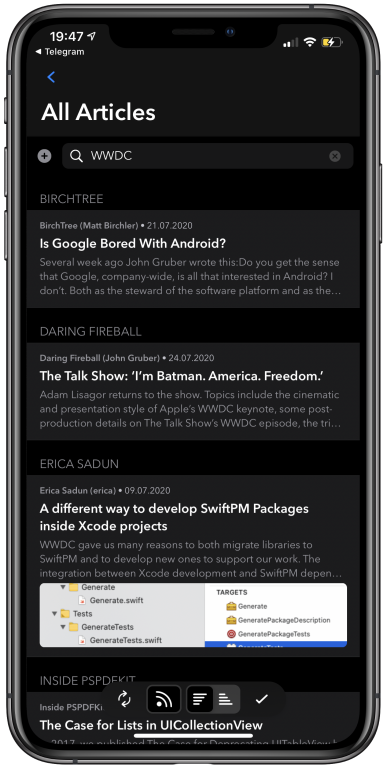 You can create saved searches directly from the article list, which will then appear like folders in the main feeds & folders list. The saved searches run locally on device for your articles, but where it’s supported (Inoreader on a paid plan or Feedbin) you’ll also have the option to create a server side search that is synced across your devices. Saved searches are also synced for iCloud feed and iCloud read later accounts.

Local saved searches even store and respect the current feed or folder where they are created and only show matching articles from these sources. You can of course create a saved search from the “All Articles” feed to get all of them too.

This feature is a bit overdue, but since I was already well into 2.4 when Apple released cursor support for the iPad, I decided to do it right and release it together with the rest of the new features. Most of the app was already working reasonably. because of Catalyst, but I’ve added some animations and hover states that are only available on iOS.

Plus some of the improved cursor support, like displaying URLs while hovering links, in the article view is only available with the new native rendering, that’s also officially supported now. 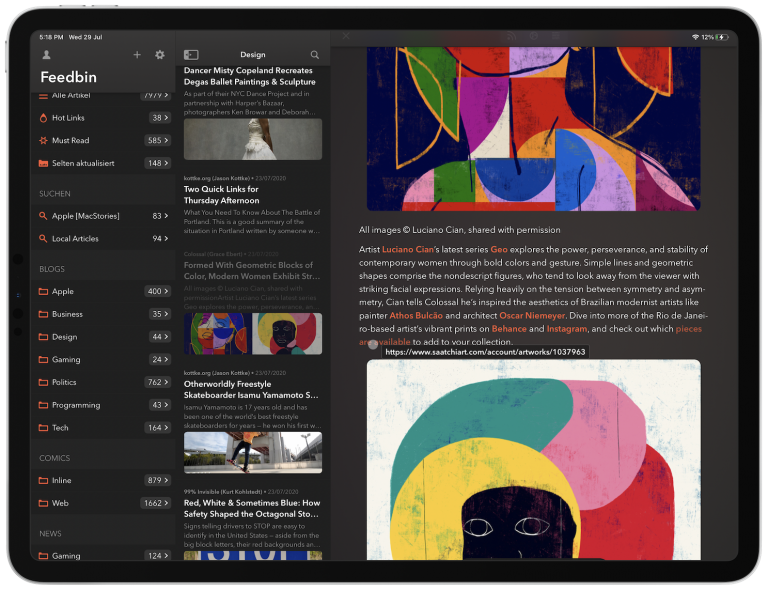 Native Rendering is a new option to display the article. I’ve been working on it for the past year or so, and it will replace the WKWebView based rendering at some point. Instead of just throwing the article’s HTML content simply into a WebView, Fiery Feeds parses the HTML itself and displays it using native labels, images and so forth.

This is not only much faster – not that I’m better at rendering HTML than the Safari team, but since it’s only used for articles, I can completely ignore any javascript, any CSS, any more advanced layouts, and only implement the elements commonly used in articles – it also gives me more control over the individual elements. You’ll notice context menus with more options, better drag and drop, images can be downloaded really on demand and use the same cache regardless of if they’re loaded during sync or when viewed in an article, iframes can be set to only load when needed, and much more. 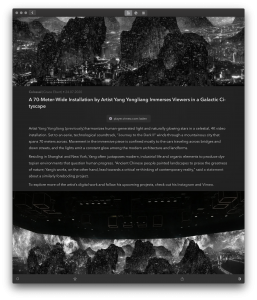 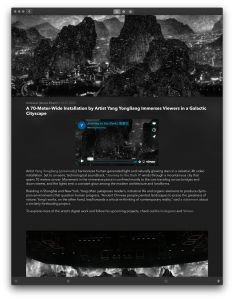 The new native article viewer has also an updated design for most elements, giving it a more modern look.

I had to push back some of the features planned for version 2.4, to be able to release if before iOS 14 / Big Sur hits. Now that 2.4 is done, I’m going to focus on version 2.5 with initial support for iOS 14 and Big Sur, that is enough changes to make it run well on the new operating systems, but not much in terms of updated UI for Big Sur. Plus some of the smaller features I had to drop from version 2.4, depending on how much time is left until the public release. Version 2.5 should be available around the time iOS 14 / Big Sur drops.

Of the big features originally planned in the roadmap for 2020, four (Mac Trial, Full Text Search, Saved Searches and native rendering) are now released. I’m going to continue to work on Performance improvements, but I’m pushing per feed settings and drag and drop/Multi Selection to next year.

Instead, for the rest of the year, I’m going to work on replacing as much of the Fiery Feeds’ custom UI elements with some of the new system elements (like the collapsible sidebars on iPads, the new 3 pane mode for SplitViews, Big Sur’s new window toolbar, using SF Symbols instead of custom icons more and more …) to get version 2.6 to fit in to Big Sur as much as possible.